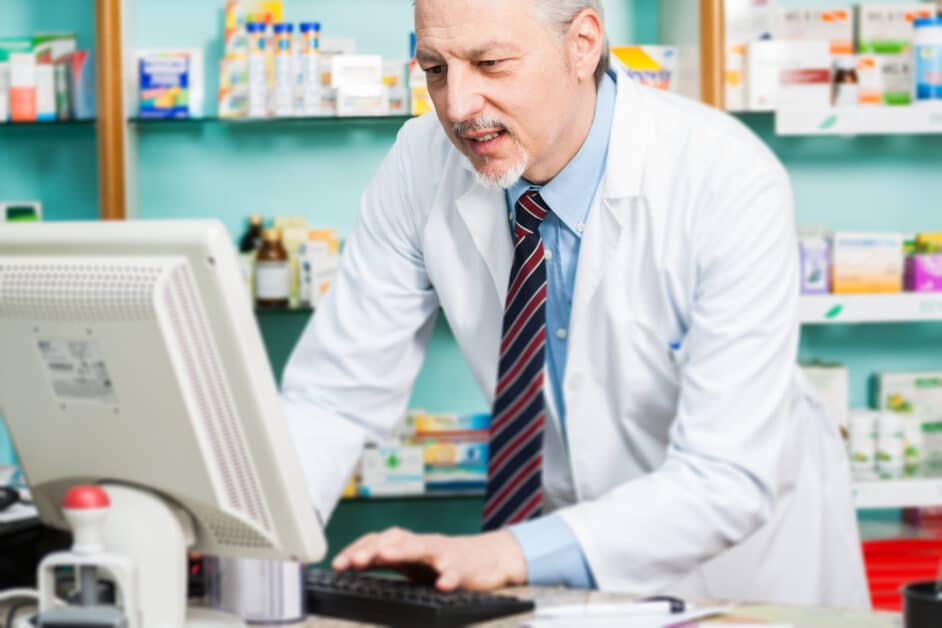 Justin Wilson, Pharm D. is the co-owner of Valu-Med Pharmacy in Midwest City, OK.  Being the son of Lonny Wilson, founder of the pharmacy and well known pharmacy leader means that Justin has big shoes to fill – and, it is apparent he is filling them well.

Valu-Med is a medical arts type pharmacy.  The pharmacy has long been noted for enhanced care and has the unique distinction of being certified by the Oklahoma State Department of Health as a yellow fever vaccination center.  It also offers complete travel immunization services.

Justin got into MedSync several years ago and felt his paper-based system was sufficient and loved how synchronization helped with adherence. As he was building that aspect of his service offering he started to hear some of his colleagues mention that PrescribeWellness had introduced a medication synchronization module.  He knew he wanted to grow this service so he signed on.  Justin says, “I had to do something to improve my STAR ratings, become more efficient and improve my cash flow and synchronization was helping me do all three, so I signed on.”

He has been on the program since the fall of 2014 and says that by using PrescribeWellness he has improved his STAR ratings by more than one point and his refills days late have dropped from 20 to 14.8.  This is about what he had hoped for when he enrolled and he says this module alone more than justifies the cost of the service.

What he was not expecting was the positive response he got from the refill reminder calls that are the backbone of the PrescribeWellness PharmacyGrowth program.  His words, “I was blown away by the positive response.”  He says that when he talked with the PrescribeWellness people at a trade show his first impression on this topic was negative.  Saying, “Why would anyone want an automated call?”

His feelings softened when trusted colleagues using the system told him the calls were recorded in his own voice and immediately announced that it was him calling from Valu-Med Pharmacy.  Evidently, Justin says, this type of call – from a trusted local provider – is so rare that his patients responded very positively to it.  And, he says, when someone expresses any degree of concern over the call he simply deletes them from the queue and everything goes back to normal.

Justin says he hears all too often how some new service, “that only costs a few dollars a day”, will solve his profit problems.  And, he says, as a pharmacy owner he often feels “nickeled and dimed to death.”  But, he took the leap of faith and shortly after implementation started making the refill reminder calls.  He says despite positive claims from peers about the calls he simply was not prepared for the uptake in refills.

With his STAR ratings up, the subsequent increase in refills and workflow efficiencies resident in his synchronization service now fully operational Justin says he is more than pleased with the ROI he receives.  His concluding advice to others scrambling to handle the problems of slow and low reimbursement is to take a close look at Prescribe Wellness.  For as he says, “These tools help us keep our doors open.”

Click here to learn how PrescribeWellness’ tools can help grow your pharmacy business.